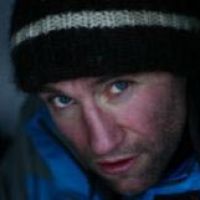 David Kelley “Kelso”, (45), mountain guide. He came to these shores 10 summers ago, after “getting his mid-life crisis in early…”. An experienced, passionate leader, he loves food just as much as he loves walking, so a good trip is guaranteed. Also a keen photographer, he is fascinated with the Icelandic geology and wildlife. A world traveler, he has led trips in the Sahara and China and also lived in New Zealand for a while. An ex-rugby player, originally from England, resident in Reykjavik and sick of being accused of being an Australian. Recently with Arna, his icelandic wife and they two children they moved faraway from the “crowd” of the capital in a little village on the south shore of iceland where they run a Bakkabrim a little organic coffee shop facing the ocean and the birds.