The current crisis that the whole world is going through due to the covid 19 epidemic will force us to reshuffle our next season and certainly have to reduce the number of departures to focus on some of our favorites and where there are already participants registered. An online update will be made in January 2021 April and a second in early May. If the epidemic is not completely eradicated by the start of summer 2021, we will then notify and take certain measures and options, such as camping in single or double tent instead of sleeping in a refuge

OVERLAND & WALKING ADVENTURE TO EXPLORE THE HEART OF THE HIGHLANDS

While mass tourism has invaded the beautiful South Coast, rare are the tours that venture into the Highlands of Iceland (90% of the surface of this country) which remain largely impassable to most tourists .

IMPORTANT: We do not operate this trip before mid-July as some tracks may remain prohibited until July because impracticable or fragile. 4wd jeeps and trucks would have quickly damaged them seriously. The authorization to drive there depends on the amount of snowfall during the winter and whether the spring has been mild or cold.

In the first half of August we are at the peak of the season and we do not have the ability or desire to operate too many departures. Except for a departure in the second half of July, it is from mid-August to the end of September that we propose this trip. A climatic period sometimes harsher, but so splendid, with beautiful grazing lights on landscapes where the fires of autumn burst.

Shaped by the antagonism of fire and ice, the South Coast and Highlands offer landscapes like no other. Nature, here in delirium, combines harmoniously contradictory landscapes with an art of paradox. Green meadows, lava fields, pristine glaciers, black sand beaches, blue iceberg lagoons, basalt fortresses, crystalline waterfalls, powerful rivers, volcanoes pretending to sleep, flooded bogs, fumaroles in the shape of rainbows flood succeed and renew endlessly. While the ocean infront of so many wonders, is not left out and spreads its power and its immensity, launching its rolls and its millions of pelagic birds to conquer this land that was supposed to stay at the bottom of the abyss.

Iceland is the only place where you walk “at the bottom“ of the Atlantic Ocean.

This great journey of exploration represents a zigzag “almost” full of active volcanic ridge. It takes place in the heart of the strangest and wildest landscapes of the volcanic highlands of Öræfi South, crossing the Mid-Atlantic Ridge that emerges here in Iceland, between Mt Hekla volcano to the west and the western edge of the Vatnajökull ice cap to the east, crossing from one side of the caldera Torfajökull / Hrafntinnusker, along the northeast edge of Myrdalsjökull up Eldgjá then back along the jade waters of the mysterious lake Langisjór. On the South Coast, we stay in the countryside behind the tourist centers. Out of all the journey, only the trip to the glacial lagoon and the beaches and the cliffs of Vik will make us a part of the tourists for only a few hours.

We do not change accommodations each day but spend 2 or 3 nights in the same places that we use as base camps to go explore the close and distant surroundings by jeep and on foot.
Accommodation in a sleeping bag takes place in beautiful lost shelters and lodging on the coast. On the coast day 5 a “comfort” option in guesthouses is possible for 1 night if availability when booking
The route borrows the most secret passages and most spectacular of the volcanic rift. The distances driven daily are not long but the pace of the daily hikes can sometimes be fairly steady. Except wearing a light backpack, all equipment, food and luggage are transported by our 4×4 bus that passes through the few winding paths that go through the Highlands (Fjallabak North and Fjallabak South). The small size of the group and the light weight allows you to walk beautiful distances while at the same time having the feeling of strolling.

In these high latitudes camping is lovely in good weather but in bad weather it can become, lets say, an “unforgettable” experience. Most nights we sleep in shelters. Non-existent or in ruins a few years ago, these small shelters are often former sheepfold. They have been beautifully restored and are always located in magical places. The isolation of these territories request everyone to be physically fit and active in the participation of daily tasks such as helping the guide with the preparation of meals, cleaning the shelters before leaving, etc … These beautiful active discoveries are specially designed for real travelers who wish to fully immerse themselves in the wilderness in a fraternal group and discover with enlightenment barely imaginable landscapes.

July is the month of the permanent light and countless birds on the coast. The Atlantic Puffins abruptly leave their colonies around August 15th.
August is the month of blueberries and mushrooms and when the end of the month comes near we can observe the first auroras and raw colors of autumn.
September is the month of the fall fire, the sheep gathering by farmers on horseback, the first snows that sprinkle the mountain tops, large flights of wild geese and northern lights.

FACTS about the evolution of TOURISM in Iceland

Iceland in summer has become a victim of its own success. In the inhabited lowlands at its periphery “some of the must-see location” have become real mass tourism attraction. The famous Golden Circle (Thingvellir, Geyser, Gullfoss) is aptly named. On the South Coast in summer and even in other seasons you may have to drive far East from the capital to escape the crowd and the big XL coaches and start to feel again this space and freedom you are looking for.
Following the severe economic crisis that hit the country 10 years ago, Icelanders, with the optimism that characterizes them, began to fully capitalize on tourism and services that have recently rose all around the country, for better or for worse. Do not be fooled by online advertising, its simplistic slogans and beautiful images, not always really honest. Think twice before booking a trip.

WE CAN ACHIEVE THESE ITINERARIES FROM BEGINNING MID-JULY TO MID-SEPTEMBER:

10% discount on these Highlands discoveries for registration made before the end of 2018!

This discount is applicable only to participants registering directly with us online on this site. It will be subtracted from the final balance, provided that the group has reached the minimum of 6 participants 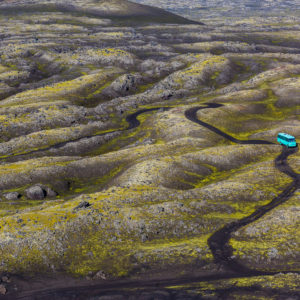 A 5-day adventurous trip with easy hikes - from Mid-July to September Shaped by the antagonism of fire and ice, the South Coast and Highlands offer landscapes like no other. Nature, here in delirium, combines harmoniously contradictory landscapes with an art of paradox. Green meadows,…
See trip details, dates and booking 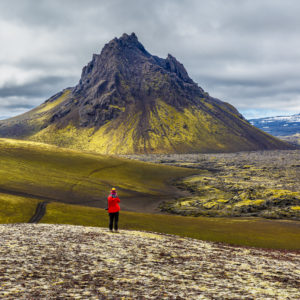 A 9-day adventurous trip with easy hikes - July to September Shaped by the antagonism of fire and ice, the South Coast and Highlands offer landscapes like no other. Nature, here in delirium, combines harmoniously contradictory landscapes with an art of paradox. Green meadows, lava…
See trip details, dates and booking 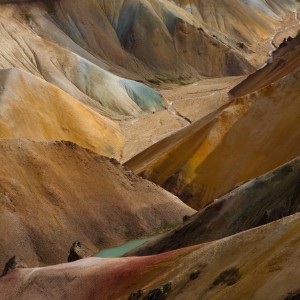 A 5-day adventurous trip with easy hikes - from Mid-July to September Shaped by the antagonism of fire and ice, the Highlands of Southern Iceland offer landscapes like no other. Nature, here in delirium, combines harmoniously contradictory landscapes with an art of paradox. Green meadows,…
See trip details, dates and booking 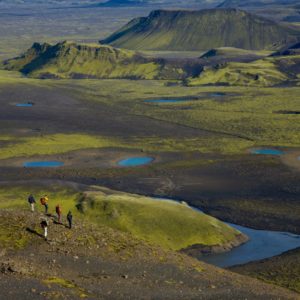 10 days trip (12 days from home) in a small group of 6 to 10 participants, accompanied by Denis Palanque, French professional photographer, and driven by Philippe Patay Fjallabak founder. This adventure in the heart of the Southern Highlands a series of 4wd overland discovery…
See trip details, dates and booking