Majestic at the end of winter and at the beginning of spring, Iceland, seldom visited at this season, keeps all its mystery. At the end of the night, when the light goes up with promises of rebirth, we like to explore the country and check that the summer will return. The immense little country is for us alone, uncertain weather, hot water, volcanoes covered with snow, the last northern lights, horses that look like “cuddly” toys, reindeers which cross our road, a stubborn 4×4 vehicle, comfortable lodgings, kitchen recipes, stories, legends…

A wonderful discovery of Iceland with just a few enthusiasts traveling companions and led by a specialist of its nature, its history and legends. A trip where you meet reindeers and migrating birds, hot springs and fresh fish. This is a timeless trip at the four cardinal points and at the four seasons of Iceland. To travel around Iceland is a trip to the constantly renewed horizon. Through landscapes, which follow one another, occupying all spaces and unraveling in a spectacular way, it is held by the single ribbon of one thousand and three hundred kilometers of the circular road n°1. Out of the summer season. The circulation is rare and the island seems to belong to us, much more so than in the summer season.

We propose here different OFF SEASON routes from 6 to 12 days particularly on circular road Nr.1, but also on roads that follow the shore of some majestic peninsulas.

FACTS about the evolution of TOURISM in Iceland

Iceland in summer has become a victim of its own success. In the inhabited lowlands at its periphery “some of the must-see location” have become real mass tourism attraction. The famous Golden Circle (Thingvellir, Geyser, Gullfoss) is aptly named.
On the South Coast in summer and even in other seasons you may have to drive far East from the capital to escape the crowd and the big XL coaches and start to feel again this space and freedom you are looking for.
Following the severe economic crisis that hit the country 10 years ago, Icelanders, with the optimism that characterizes them, began to fully capitalize on tourism and services that have recently rose all around the country, for better or for worse.
Do not be fooled by online advertising, its simplistic slogans and beautiful images, not always really honest. Think twice before booking a trip. 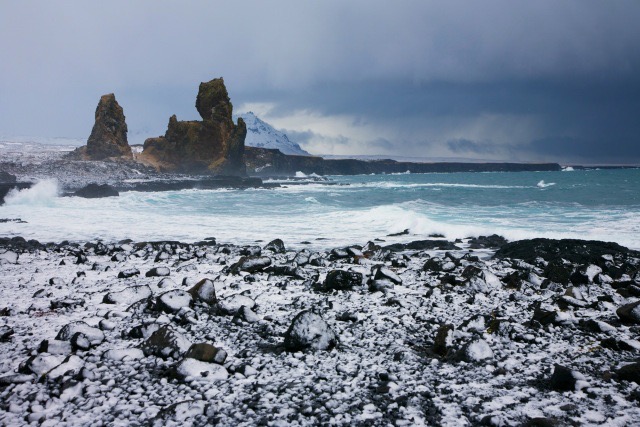